Write an app to help with scoring in Aussie Rules football. 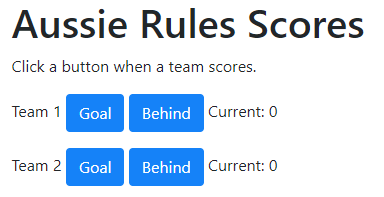 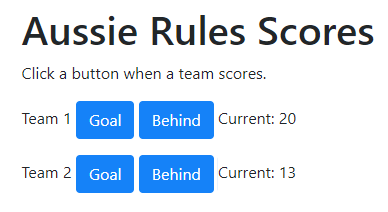